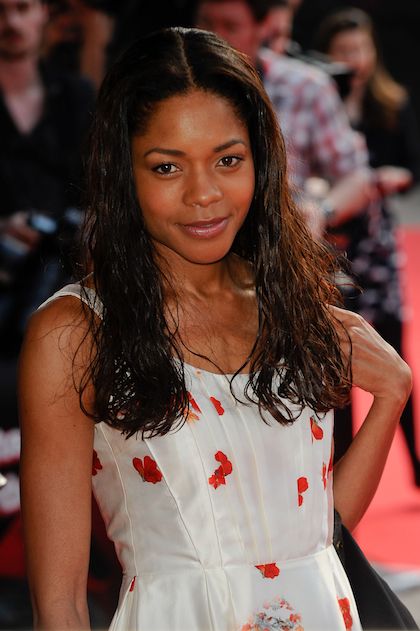 Recent reports say Pirates of the Caribbean and 28 Days Later star Naomie Harris is in line to be the next Bond girl opposite 007 Daniel Craig. The British actress would be joining a pantheon that includes Ursula Andress, Grace Jones, Jane Seymour, Teri Hatcher, and, more recently, Halle Berry, Eva Green, and Gemma Arterton.

While the deal hasn't closed yet, here are some interesting facts about the lovely Harris, who played voodoo priestess Tia Dalma in the second and third Pirates of the Caribbean films and also played an undercover agent and Jamie Foxx's love interest in Miami Vice.

* She graduated with honors from Cambridge University with a degree in social and political sciences.

* For 28 Days Later, she trained in kickboxing and learned how to wield a machete, although she accidentally scratched the cornea of a stuntman with it, almost stabbing him in the eye.

* She and her Pirates of the Caribbean co-star Orlando Bloom bonded over their common religion, Buddhism.

* To prep for her Miami Vice role, she trained with the Bronx division of the DEA (Drug Enforcement Agency), learning how to fire machine guns and even going out on an actual drug bust.

* She recently reunited with her 28 Days Later director Danny Boyle (who won an Oscar for Slumdog Millionaire) for his London stage version of Frankenstein, which had several of its performances broadcast to movie theaters around the world. She played the doctor's doomed fiancée, Elizabeth.

Harris recently stopped by the Young Hollywood Studio to promote her latest film, The First Grader, which was the runner-up for the Audience Award behind The King's Speech at last year's Toronto International Film Festival. Check out the video below!