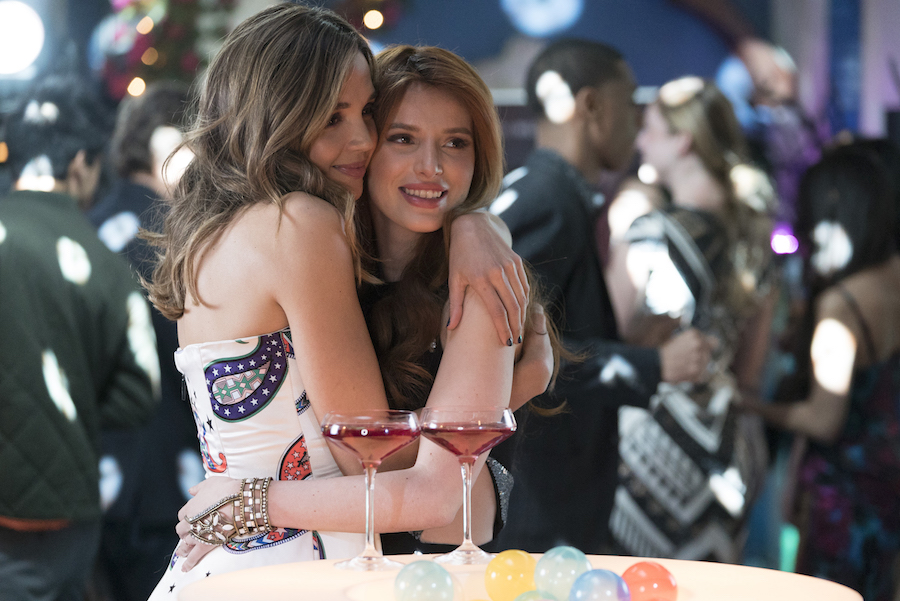 All any viewer really wants from their favorite TV show is for the characters they’ve fallen in love with to get their happy endings. Unfortunately, many shows don’t get to give them that ending before being canceled. Here are 5 series that we wish got a proper ending!

Jane Quimby (played by Erica Dasher) is one of the most relatable Freeform characters to date; even though she leads a double life as a high school student and executive assistant at a fashion house, she’s undyingly loyal to her friends and family and honest about the struggles she faces. After a few close calls where co-workers almost found out she was a teenager, the biggest threat came with the show’s finale episode, which ends with her boss and co-worker-slash-ex, Eli, running into her at her high school play.

Lucky for us,April Blair, the show’s creator, told Hollywood Life about her plans for what would have happened if "Jane By Design" got picked up for a second season -- Eli would have helped Jane protect her secret at work, and while Eli and Jane wouldn’t get back together, she would finally get to express her feelings for her best friend, Billy.

2. "My Babysitter’s a Vampire"

If you watched Disney Channel any time in October in the early-2010s, you probably caught at least a handful of "My Babysitter’s a Vampire" episodes. Based on the spooky movie of the same name, the show is based around a group of teenagers -- including three vampires, a psychic, and a wizard-in-training -- trying to fight monsters that threaten their high school. After a movie and 2 seasons, Ethan finally got to ask his crush Sarah out on a date, but an explosion in their town leaves their future up in the air and threatens all but three characters. It’s unclear who, if anyone, survives the blast, making the finale’s cliffhanger super frustrating!

TheBella Thorne-led Freeform show "Famous in Love" followed college student Paige Townsen as she scores a role in a popular movie and tries to navigate fame. Luckily, the show’s two seasons let us get to know the main characters and root for them as they pursue their dreams, but we still wish we had a third season to really see their futures through. The last episode of Season 2 ended with a cliffhanger, where Tangey tries to break up a fight between her ex Jordan and recent flame Pablo that ends with someone winding up in an ambulance. We also wish we could have seen what becomes of Paige and Rainer’s relationship after they just got back together!

Warning: the clip from the finale below includes violence, including in a relationship.

One of Nickelodeon’s most cherished shows, "Victorious" centered around a group of teenagers with varying talents that attend a special high school called Hollywood Arts. It helped make stars likeAriana Grande and Victoria Justice become household names, but it never got a “real” finale episode. The last episode, “Victori-yes”, saw the group’s acting teacher, Sikowitz, making a bet with them to not say “no” for a single day, encouraging them to explore different opportunities that come their way. We didn’t get to watch the students graduate from Hollywood Arts nor pursue their Hollywood dreams as they got older, making this optimistic finale pretty bittersweet. Luckily, we got some more content through the spin-off series "Sam and Cat", which intertwined "Victorious" and "iCarly" with some fun cameos!

Leading lady Victoria Justice also shared some of her suggestions for the characters’ futures in a Tumblr post, including her character, Tori, getting to become a famous pop star and oddball character Sinjin becoming a tech billionaire.

The last episode of "The Nine Lives of Chloe King" served us all kinds of drama and suspense! The titular character, Chloe (Skyler Samuels), is a special member of the Mai race and she has nine lives, so enemies of the Mai try to kill her to stop her from reaching her full power. After chasing her throughout the show, a villain corners and kills her in an abandoned building. Her ex, Brian, whom she broke up with because a Mai’s kiss will kill a human (bummer!), hears gunshots from outside and runs in to try to help her, but it’s too late and he finds her unconscious. Out of desperation, he kisses her, not realizing the danger of doing so, and Chloe comes back to life while Brian dies. Meanwhile, another villian seemingly kills Chloe’s friend Jasmine and her mentor, who was teaching her about the Mai culture.

The show’s creators were planning on making a movie to finish the story, and they released the script online after the show got cancelled. It turns out that Jasmine didn’t die, but Brian did and came back to life at the hospital. Viewers find out that Brian’s dad was part of the team who tried to kill Chloe, since he thought a group of Mai killed Brian’s mother years ago. Chloe learns more about her adoption, and Brian turns against her after his grandmother makes it look like a Mai killed his father.

What show do you wish got another season?