5 Best "Harlem Shake" Viral Vids (Plus a Couple Others) 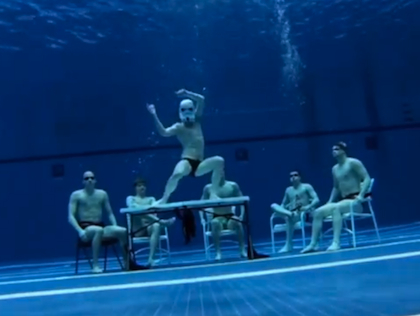 But before we get to the goods, let's take a look at the original video that started it all, uploaded just a few weeks ago by vlogger Filthy Frank, which opens with a quartet of strangely costumed characters flailing around to the song "Harlem Shake" by electronica producer Baauer (we advise that you only watch the "Harlem Shake" portion of this video... he's not called Filthy Frank for nothing!):

This was quickly followed by five guys from Queensland, Australia, that go by the collective name of The Sunny Coast Skate, who uploaded their own version, and voila, a meme is born!

And finally, check out this handy How-To Harlem Shake Tutorial: