4 Things You Should Know About Singer Maggie Rogers! 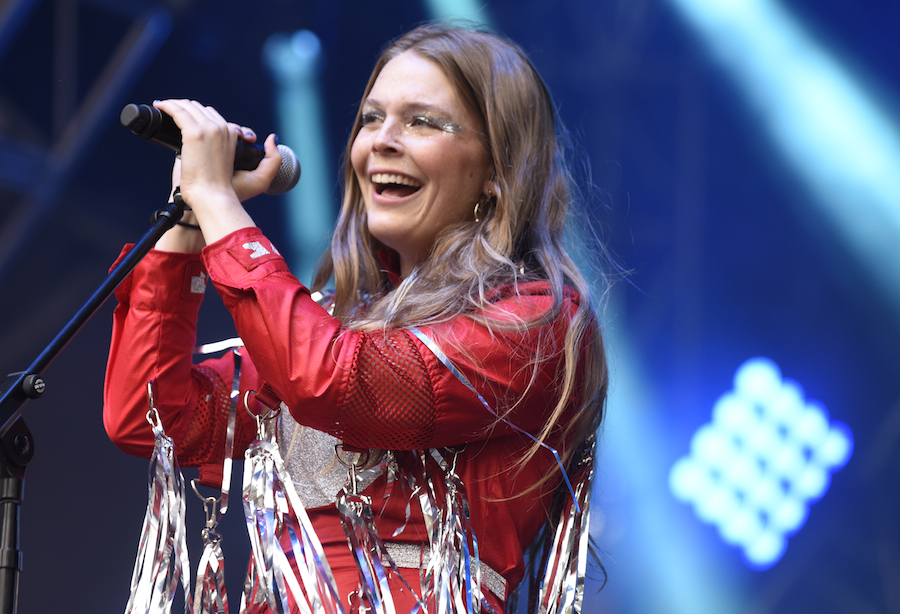 It could be said that Maggie Rogers's career is not only the result of talent, but also being in the right place at the right time. The soulful singer broke onto the music scene with her hit "Alaska" in 2016, but the journey to developing her unique sound – which produced other hits like "On and Off" and "Dog Years" – was years in the making.

Here are 4 things you should know about Maggie Rogers!

1. School Was her Ticket Out Of Small Town Maryland

Growing up in rural Maryland, Rogers was a multi-talented musician who had mastered the harp, piano, guitar, and banjo by the age of 7! She added "songwriter" to her list of talents and proved herself to the music community during the summer after her junior year. It was that summer that she attended the Berklee College of Music where she won the program's songwriting contest. This recognition sparked a drive in Rogers to pursue music as a career. By the time she entered her senior year, Rogers had turned a broom closet into a makeshift studio and recorded her first album, The Echo (2012). Rogers used her demos as part of her application to NYU's Clive Davis Institute of Recorded Music.

2. A Trip To Berlin Changer Her Music Style
During her days at NYU, she studied abroad in France and ventured around Europe when she could. During a trip to Berlin, friends invited her out to a club one evening. She was hesitant, not feeling like dressing up in heels and following the club's strict dress code just to be able to listen to music. As someone who grew up listening to classical music and playing the banjo, Rogers confused electronic music for dubstep. Before she called it a night, Rogers relented and joined her friends for a night on the town. She was surprised to find that electronic music was an incredible release for her. The music swayed her body and the beats created a meditative experience. Overnight, she was literally changing her tune. She returned to New York, determined to marry the sounds of folk and electronic music.

3. She Was Once An Intern At Elle Magazine

During her senior year at NYU, Rogers juggled school and music with an internship at Elle Magazine. Her boss, Keziah Weir, said that Rogers stood out in her internship interview because she was earnest, intelligent, and complimentary. Rogers showed her eagerness to succeed in the coveted internship by pitching article ideas 3 months before the internship even started. Rogers has shared that seeing the passion that Elle's editors had for journalism reminded her that she loved making music more than she loved writing about it for the glossy pages of a magazine. Her time at Elle came full circle when her old boss rang her up to schedule an interview -- Elle wanted to do profile on Rogers for the magazine to discuss her breakout career.

4. A Video Of Pharrell Listening To Her Music Went Viral And Launched Her Career

One day in 2016, Rogers and her classmates headed to class at the Clive Davis Institute of Recorded Music, figuring it would be business as usual. The students' homework assignment for that day was to prepare a song for class. Little did they know, Pharrell Williams would be listening to those prepared songs and critiquing them. As Rogers played her song "Alaska" for Williams, she nervously looked at the floor as she bobbed her head along to the music. Williams listened intently, shaking his head in disbelief. When it was time to critique Rogers's work, he applauded her and immediately said, “I have zero, zero, zero notes for that. I’ve never heard anyone like you before, and I’ve never heard anyone that sounds like that.” Rogers looked like a dear in headlights, hanging onto every word he said. In that moment, she couldn't have predicted that this video of her chance meeting with Williams would go viral and a record deal would soon follow.

Maggie is a regular on the music festival circuit, so check out her website for info on where you can catch her live!