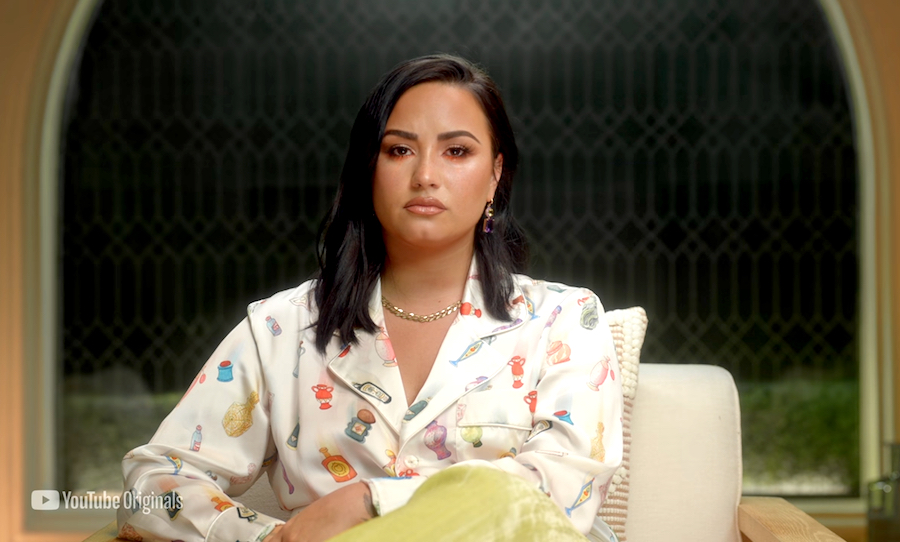 Demi Lovato is no stranger to opening up about her life and struggles with mental health and addiction. In her new 4-part docuseries, “Demi Lovato: Dancing with the Devil”, the songstress opens up about her 2018 overdose and recovery. The first 2 episodes of the docuseries, which premiered on YouTube yesterday (March 23), leave no details behind, with testimonials from Lovato’s inner circle discussing one of the darkest moments in her life.

Here are four of the most shocking revelations in the first 2 episodes:

In the docuseries, viewers learn about how controlled Demi’s life was leading up to her overdose. From what she ate to having those who interacted with her drug tested, the environment was revealed to be toxic for Demi and she couldn’t get a chance to breathe. Lovato also added in the docuseries that more decisions were being made for her than she was making decisions herself. Lovato’s former choreographer and creative director, Dani Vitale, even mentions that she felt like she was “always walking on eggshells no matter what” because she had to watch who she was eating around and what they had in their dressing rooms.

2. When Lovato began to relapse, she kept it hidden from her friends and family

As viewers learn that Lovato became miserable because of the restrictions and pressure she was under, the singer recalls a moment where she had the thought “I don’t even know why I’m sober anymore” and admits that, the same night she had those thoughts, she drank a bottle of red wine and contacted someone who had drugs on them. Her friends and family mentioned that they were not aware of the drug use but noticed “red flags”. Demi’s friend, Scott Montgomery, recalls driving over to the singer’s house after telling him she decided to drink again and was surprised to find her drinking and fine.

3. Demi’s condition after her overdose was worse than what we knew

One of the most shocking revelations in the first two parts of “Demi Lovato: Dancing with the Devil” was when Lovato revealed that her overdose was much worse than we thought at the time. The singer disclosed that she suffered three strokes, a heart attack, and now has brain damage to the point where she can’t drive anymore and has blind spots in her vision. Demi also mentions that, when she woke up, she was legally blind and could not see anything and that she is really lucky to be alive right now. She added that her doctors said she had ten more minutes and, had her assistant not come in her room, she would not be here today.

4. More details from the night of the overdose

“What people don’t realize about that night for me is, I didn’t just overdose. I was taken advantage of,” Lovato says. She reveals that she learned that she was found naked and blue on that morning in late July. “I was literally left for dead after he took advantage of me,” Lovato adds. When she woke up in the hospital, her doctors had asked if she had consensual sex, and while everything was still a blur to the singer, she admits that she did recall being with her dealer and told her doctors it was consensual. It wasn’t until a month after her overdose that Lovato had a moment of clarity, realizing that she was not in the right state of mind to make a consensual decision. “That kind of trauma doesn’t go away overnight, and it doesn’t go away in the first few months of rehab either,” she recalls.

The first 2 episodes of “Demi Lovato: Dancing with the Devil” are available to stream on YouTube, with new episodes airing every Tuesday.