4 Looks That Prove "That '70s Show"'s Jackie Burkhart Is Still a Fashion Icon! 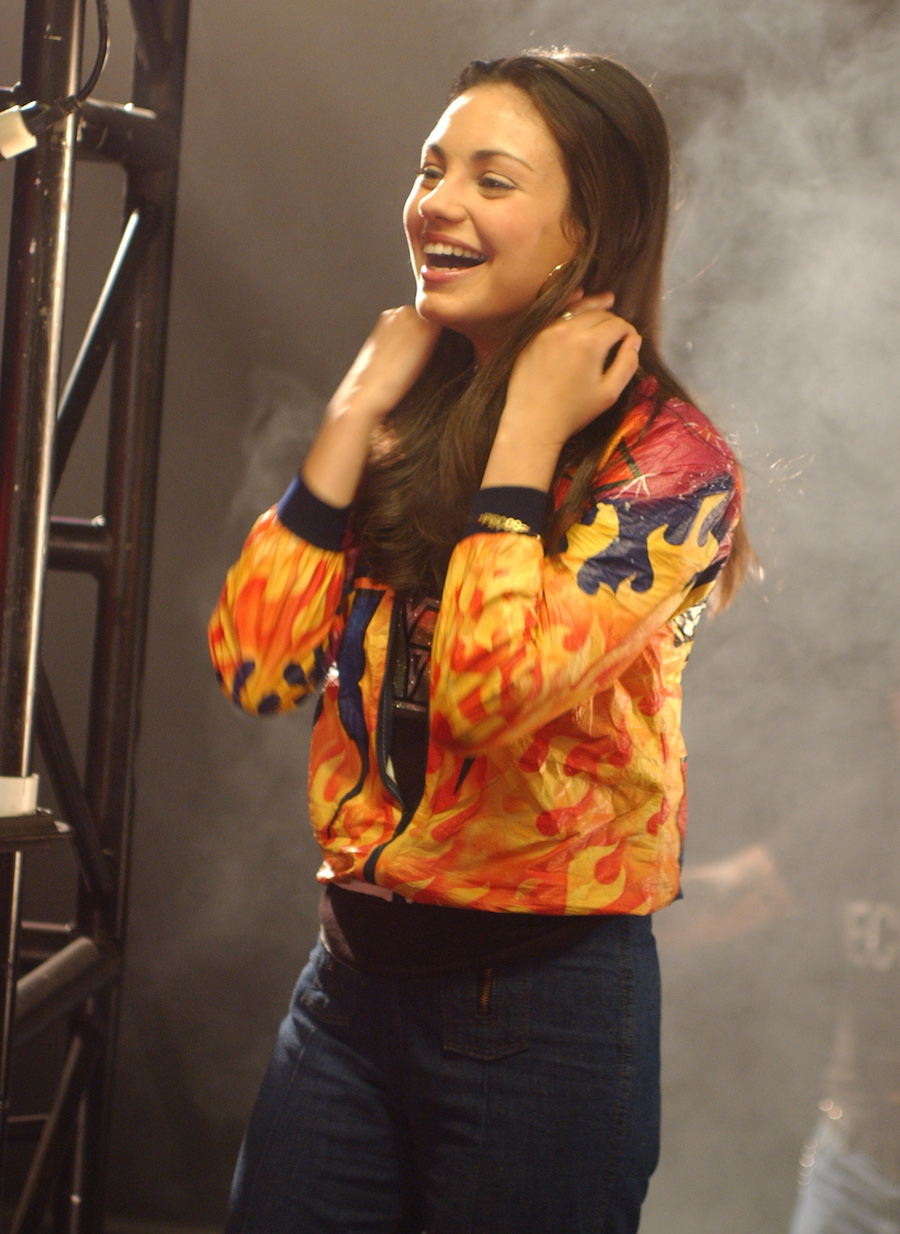 Inordinately bossy, confident, and with a deep love for material goods, Jackie Burkhart (played by the still-iconic Mila Kunis) always knew exactly who she was and who she was determined to become: rich, and richer. She was convinced her sheer existence made everyone jealous (“You're watching me live my lifeâ”€ that’s better than any movie!”), but the real star of the show was her wardrobe. She owned everything from denim jumpsuits and peasant skirts to shearling vests and a real coconut shell bikini. Although "That '70s Show" technically doesn’t have a “main” character, centering around a group of 6 friends, one could argue that Jackie’s outfits outshone everyone.

Christmas came early, and the gift is a spoiled brat in a beret. Jokes aside, this red and green ensemble is peak Jackie. She effortlessly styles a dark green collared sweater with a tri-color scarf, a red beret, and a thick plaid jacket that could warm even her icy demeanor. It’s an outfit she dons for the sole purpose of sippin’ on soda at the The Hub, lending credence to the idea that one can never be overdressed for any occasion.

Ordinarily, an outfit like this wouldn’t get a second glance. Graphic tee, zip-up hoodie, butterfly necklace... It all screams "Tuesday night on the couch with a bowl of soggy cereal". But the glaringly obvious has earned this look a place in TV costuming history: it is a shrine to its wearer, a tribute to Jackie, from Jackie. And it’s probably homemade (I mean, it has to be, right?), which just adds to its character. It’s tough to say which possibility is more appealing: this shirt being mass-produced, appeasing the wants and needs of screaming Jackie Burkhart fans everywhere, or the image of the Queen B herself, hunched over an ironing board with a transfer in one hand and a Gildan in the other.

Mixing and (Not) Matching

Terracotta and cotton and tassels, oh my! In her boldest move yet, Jackie combines earth tones and jewel tones, and guess what? It pays off. This outfit is one that reverses the time-old tale of working in theory but not in practice; these items shouldn’t look good together, but it's typical Jackie to pull it off anyway. Do the shoulder pads even need mentioning? My brain might be saying no, but my heart is pumping too loudly to tell. The jacket isn’t just a statement piece â”€ it IS the statement piece, with those well-padded shoulders kicking butt and taking names.

It’s practically law that Jackie should own this sherbet dream, given her love for unicorns and rainbows and all things that sparkle. It’s fresh and summery, topped off by the blue hair bow around her ponytail. Could she be gearing up for a school presentation? A date with Kelso? A frolic in a field full of flowers? Any of the above seem plausible, because the versatility of this getup is unlimited. She makes it look so easy.

Jackie could come off as arrogant and condescending (“The beautiful cannot be held responsible for the havoc our looks create.”), but her confidence is heartening. No turtleneck left unlayered, no scarf unknotted; every detail of her outfits were planned, executed, and worn with panache. "That '70s Show" had iconic costuming by principle, but one character stands above the rest. In Burkhart We Trust.