What 'I’m Thinking of Ending Things' Lacks In Answers It More Than Makes Up For In Performances! 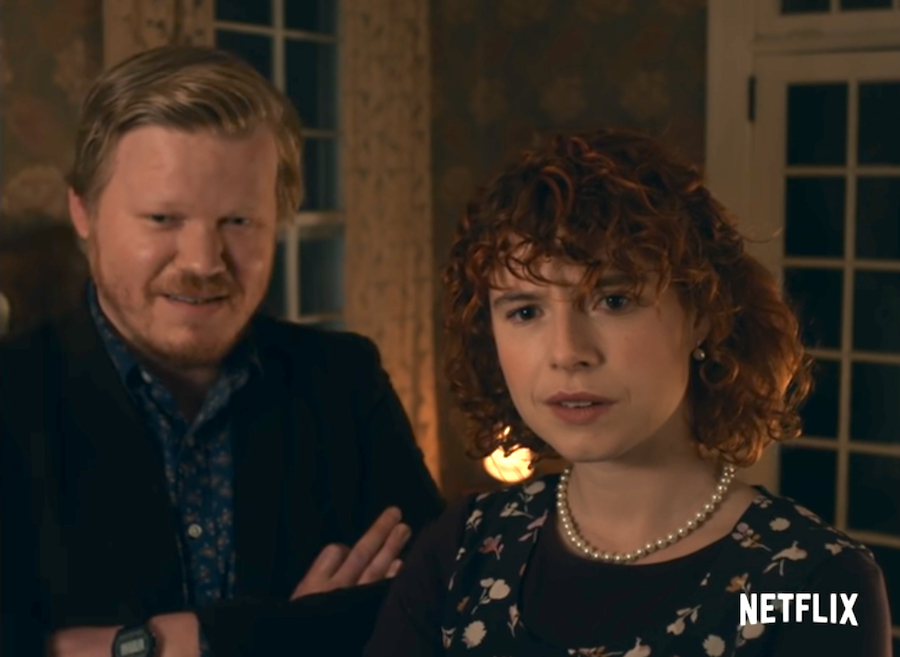 “Sometimes facade is closer to the truth”, at least according to Lucy, maybe Amy -- or rather, "Young Woman" as she’s known in the credits. One thing’s for certain, though: Jessie Buckley, the actress who plays this idealized version of a woman, grabs the nuance of this movie with a vice grip.

I’m Thinking of Ending Things is Charlie Kaufman’s first film in about 5 years, and boy, is it a head-scratcher. I think it’s important to distinguish quality from understanding, because, don’t get me wrong, the film is stunningly tuned into itself; it knows what it’s doing far more than any audience member ever could on the first watch. Although I still fully don’t understand what was happening, I think every viewer can understand that that’s the purpose of a film like this. After watching this film, I remembered understanding is underrated.

The film blurs time, and we see Jake, played by Jesse Plemons, through many points of his life. Or are we watching him understand himself through these segments of time, and he’s never fully changing or aging with them? Or is it rather that he’s actually remembering all these events and the entire film is one figment of a much older Jake’s imagination? That’s the thing again about this movie -- I really couldn’t tell you anything specific. What I do know, however, is that actors Plemons and Buckley wrangle the complexity of the script and allow the audience to lean into whatever it is they’re doing at singular moments. Is someone fighting the urge to cry, pleading, ignoring the obvious? These are the things that keep us engaged as we travel through the film.

In a dense snowstorm, Young Woman and Jake take a trip to his parents' home in Oklahoma. The entire visitation of the house is incredibly stylized; the tone is more fit for theatre than a film. That’s something we find littered throughout this film -- seemingly inappropriate elements of theatre (sometimes quite literally). However, I believe what Kaufman is trying to say in these theatrical choices is that life itself is a show, a piece of art, fake, make-believe, just like acting on stage. Viewing life through this lens, we can understand that time too is a facade. Jake’s mother, played by the electrifyingToni Collette, is seen again playing a similarly creepy mother (as she’s known for since her stunning performance in Hereditary). The sequence of us being in Jake’s home is not in one segment of time. Through it we see Jake’s parents age, then instantly find youth again. We see them struggle with dementia, then rise to life (sometimes creepily) mere moments later. The film is decorated in these strange instances of bent time, or recollections of the future… in the past? At some point, I just have to direct you to watch the film itself to grasp its weight.

By the last scenes of the film, answers are thrown at us (or at least suggestions of answers -- again it’s very hard to tell sometimes). At one point, there’s a whole ballet sequence that mirrors the rise and fall of the relationship Jake and Young girl shared, even if it’s suggested it was all in Jake’s imagination to begin with. The film’s about getting old, it’s about what memories spill out from us as our youth unleashes like red ribbons in a “bloody” theatre scene. But somehow, by the end, you do get a sense of, if not understanding, at least completion, even if you had zero clue what was going on.

There’s a theme of viruses in the film, maggots, mental deterioration, and the argument the film proposes in the defense of viruses is that everything wants to live. And like a virus, this film will linger with you if you allow it. I encourage you to watch it on Netflix and get whatever you can from it, as I know I got... well... I certainly got something!

If you like to analyze film, to get more questions in your experience than answers, then I’m Thinking of Ending Things is the perfect film for you!