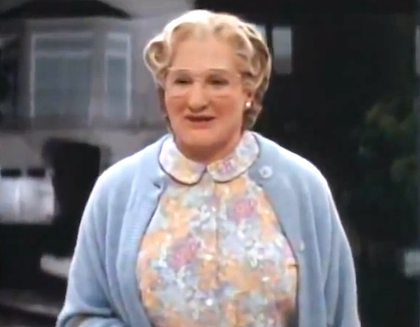 The Paul Feig-directed Ghostbusters reboot announced an all-female cast, and I think it’s totally awesome. Kristen Wiig, Melissa McCarthy, Leslie Jones, and Kate McKinnon are set to step into the proton packs once belonging to Bill Murray, Dan Aykroyd, Harold Ramis, and Ernie Hudson and will be released sometime in the summer of 2016! Some are skeptical about this recent development, but who says this impressive quartet won’t kill it? I mean, why can’t women bust ghosts too?

Now, to be clear, these ladies won't be playing women pretending to be men, but In honor of the film’s gender-switching theme, here's a list of 4 movies that did indulge in some serious gender-bending!

This movie stands out from the rest because the character goes through a gender- AND a body-switching moment. Jessica (Rachel McAdams) is a mean girl (again) and finds herself in the body of an older, disgusting man after an evil curse is put on her. You watch her try to find a way back to her original body before the school dance of the year! Anna Faris and Rob Schneider also star in the movie and hilarity ensues.

Awww Robin Williams. This one is classic. I’m sure everyone in the entire world has seen this movie, but just in case you haven’t: Daniel (Williams) and Miranda (Sally Field) get a divorce. They have three children together, and Miranda searches for the perfect housekeeper. Desperate to spend more time with his children (after the court prevents him from doing so), Daniel disguises himself as Mrs. Doubtfire, a sweet, elderly woman.

LOVE this one. The Wayans brothers kill it in this movie as two FBI agents who have to escort two spoiled socialites to the Hamptons. On the way there, they get in a car accident and the girls have scratches on their faces, refusing to go anywhere public. Left without options, the agents decide to pose as the sisters, transforming themselves from African-American men into a pair of blonde, white women!

Amanda Bynes stars in this film, based on Shakespeare’s play Twelfth Night, about plays a soccer player who decides to pose as her brother after her school decides to cut the girl’s soccer team. She heads over to his elite boarding school, and, of course, falls in love with one of her male teammates (Channing Tatum). Her transformation is definitely something to behold!