3 Books To Read If You're a "Stranger Things" Fan! 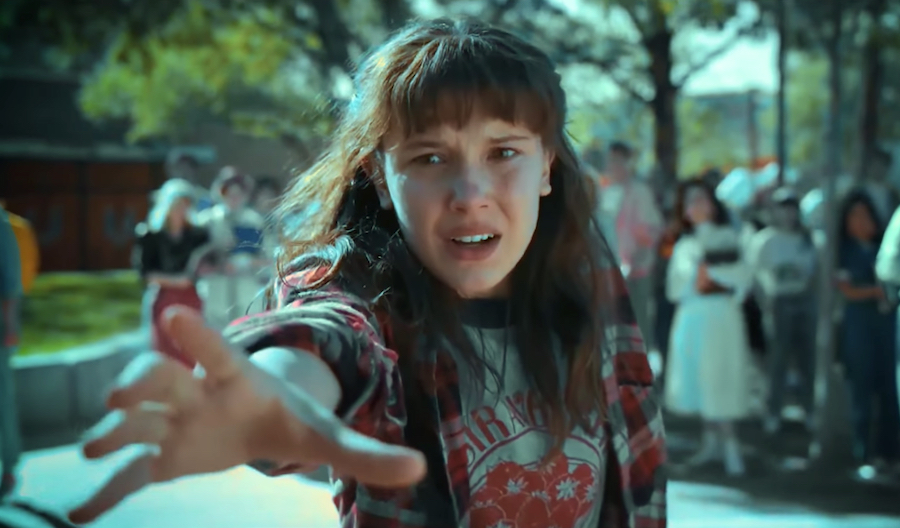 Season 4 of "Stranger Things" left many shocked and anxious for what is to happen next. For those who want more storylines like "Stranger Things" and cannot wait until Season 5, here are some books to dive into to fulfill your desire for some '80s supernatural coming-of-age horror!

Building on the theme of telekinesis, Carrie follows the story of a 16-year-old girl with a new genetic phenomena known as TK, which allows people with this rare gene to be able to move things with their minds. Carrie is a bullied high school student who is laughed at and mocked by her peers. As she grows more and more angered by their taunts, she begins to discover a power hidden deep within her that has awakened from its sleep and is waiting to be exercised. She discovers that, with just a small flex of her brain, she can make bad things happen to people without laying a finger on them. Concerned about this ability, she tries to keep her power under control and live a normal teenage life. That is, until she is asked to the prom by one of the popular boys. Thinking that this is her chance to show her classmates that she can come out of her shell and be one of them, Carrie agrees to go. But a prank pulled on her on prom night swings her into a fit of uncontrollable rage. To make the town pay for their acts against her, she unleashes her power in a final act of chaos and bloodshed. Carrie is a far cry from Eleven, but it makes us wonder if Eleven’s story would resemble this if she was bent on revenge against the world instead of wanting to fit into it -- or if she still had her powers in Season 4! (We certainly saw some Carrie-esque glimpses in Eleven when she clocked Angela with that roller skate!)

Paper Girls is a graphic novel series that follows four tween newspaper delivery girls as their lives forever change during their paper route one morning after Halloween. Erin, the youngest of the girls, wakes up that fateful morning from an unsettling nightmare that reads almost like a premonition. Things grow worse for her when she loads up her bike with newspapers and starts her morning delivery route only to stumble into a horrifying figure along the way. Acknowledging her encounter with a mysterious force from the future, Erin relays the information to her friends. Now faced with a situation that changes their perception of the universe forever, the girls band together and confront the fact that they are the only ones who can fight against this invasion from the future. Not only does the series follow a group of close-knit friends who fight unknown forces on bikes, but it is also set in the 1980s and concerns the theme of time travel. Resembling Season 4 of "Stranger Things", Paper Girls is a story in which time and mysterious beings arriving from other dimensions play a central role. Both stories are also based in sci-fi and have coming-of-age undertones. In other words, this small town friend group-turned-sci-fi monster fighters plot is sure to make you draw parallels with your favorite show!

The Saturday Night Ghost Club follows Jake, a 12-year-old boy who lives in 1980s Niagara Falls. When Summer ends and the tourists retreat, Jake's town resembles a ghost town. With nothing else to do, he often ends up finding himself at his Uncle Calvin’s curio shop. When a pair of siblings move in to town, Jakes takes the chance to finally make some friends. Uncle Calvin officially declares them a friend group by initiating them into the "Saturday Night Ghost Club", a club where he, as the leader, helps the children uncover the ghost stories and urban legends around town. This spooky plot comes with the bittersweet ending of a coming-of-age novel, and is reminiscent of the combined themes of friendship and the supernatural in "Stranger Things". Just like Mike and the gang, Jake and his new friends bike around town to different locations trying to locate the source of supernatural occurrences. However, instead of finding a secret government testing lab, Jake and his friends are hit with a scary reality. As the story progresses, readers realize that the missions Jake and his newly found misfit group of friends are sent on may be more intrinsically linked to Uncle Calvin than the supernatural. Are the urban legends that Uncle Calvin told Jake about real or are they the daydreams of a man descending into madness?