10 Underrated Films That You Will Love! 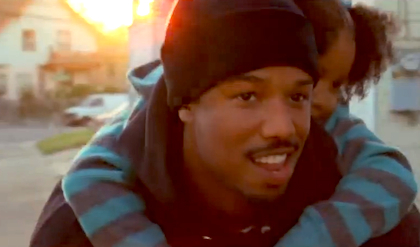 There are so many underrated films. A novel can be written explaining every single one. I won’t delve that deep, but I will share with you ten movies that should strike a personal cord. Why these particular ten films? My reason is simple: you have more than likely overlooked all of them for one reason or another. They are misjudged, forgotten, and/or didn’t receive Oscars but deserved them. Each film will score a huge emotional beat deep inside your consciousness and leave a dinosaur-sized imprint on your brain. Check out any of the films below and you will see what I mean!

Out of all the films on this list, Milk is the one that nearly misses the boat when being put on the underrated scale. The movie actually won two Oscars, but it probably only showed up as an Academy Awards pick because Sean Penn and James Franco were kissing buddies in this film. But what about average movie-goers? Ask anyone who’s not a Hollywood film head if they’ve heard of Milk and they will assume you mean the white drink.

One of the best period piece love stories of all time and the mass public is not even aware of it! Putting Pride and Prejudice to shame, Fingersmith was overlooked not only by the Academy judges but also by the country of Britain, where it was made, as well. Also having been one of Sally Hawkins’s best acting moments (better even than Blue Jasmine), it’s hard to understand after watching her performance why this doesn’t have more buzz.

“Fruitvale Station illustrates the power of an art form to find the humanity in a headline,” was the comment made during the AFI Awards about this film. Fruitvale Station shows courage by giving a glimpse in our not-so-perfect justice system. It received high ratings with the general public and critics as well, so everyone was sure an Oscar was waiting for this movie. Instead, it was snubbed and given the cold shoulder. Not by YH though! Check out our interviews with the talented stars of the film Michael B. Jordan and Octavia Spencer!

Eve’s Bayou is like watching poetry unfold in front of your eyes in actual visual form. What I just said seems impossible, but trust me, after viewing this film you will understand not only is it possible but why this is underrated.

Before anything else is mentioned, it must be pointed out that the cast, who have been acting for years and been in Academy Award-winning films, really helped make this absolutely fantastic! Another word of advice: whether male or female, be prepared to cry like never before, laugh, then cry some more.

Yes, I’m sure you’ve heard of the title, but have you actually seen it? If not, then what are you doing? This is one of the best movies of all time. Legendary film critic Roger Ebert (the only film critic with a Hollywood Walk of Fame star, I might add) rated this one 4/4 stars. Other critics actually gave it high ratings too, but everyone else in the world may have overlooked it because of it being set in “the 'hood”.

Loved greatly by both critics and movie lovers, yet this action-adventure film still manages to get overlooked when it comes to most blockbusters, which don’t even compare. Zatochi, a Japanese folklore, has something for everyone and is loved by anyone who comes across it.

The French know how to make some eye-opening films, this one included. Tomboy was swept under the rug by all the Hollywood heads, not even giving this tear-jerker a chance. It’s really unfortunate since this film can help educate others about transgendered individuals and their experiences.

Bible movies usually aren’t my type of thing, but Quinceanera is an entertaining piece with wonderful performances by the cast. Forget that the story is based off the Virgin Mary -- this is a Mary who is Hispanic in the modern-day world.  Although many critics thought highly of it too, it didn’t get the push needed for the mass public, so most have missed out on this little gem.

This one is underrated because of terrifying truths made in this film. This is the one movie on this list that must come with a caution label: Happiness has extremely sick-minded people in it. Had this film been released in global theaters, it would have gotten the recognition it deserves, however. Watching this film takes huge you-know-whats, and so its understandable that film critics couldn’t stomach it.

What are some overlooked, underrated, or obscure films that YOU love?