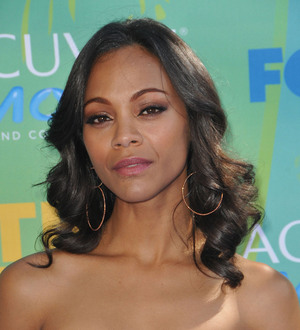 Zoe Saldana suffered a mental breakdown following the record-breaking success of Avatar and struggled to prepare for new action movie Colombiana because she "couldn't stop crying".

The sexy star shot to superstardom in 2009 after featuring in James Cameron's sci-fi epic and she became one of the most in demand actresses for action roles in Hollywood.

But Zoe Saldana admits the intense period took its toll on her physically and emotionally, and she barely made it through the year.

She tells Latina magazine, "The year after Avatar was just emotionally overwhelming. I was traveling all over the world, waking up in different time zones. Your body gets exhausted, and by the end of the year I just collapsed."

Zoe Saldana refused to take time out of her non-stop schedule and threw herself into her next project, Colombiana, in which she plays a steely assassin - but it was only when she found herself in floods of tears in the middle of Paris, France, that she realized she needed to give her body a break.

She says, "I was sitting in my hotel room, and I couldn't stop crying. I couldn't stay awake. I must have slept for an entire month. It took me the rest of the year, even as I was working and shooting Colombiana, to pick myself up. Thank God my family was there."