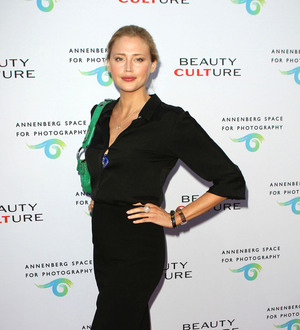 Actress Estella Warren has been ordered to attend an 18-month alcohol programme after pleading guilty to a DUI in Los Angeles.

The Planet of the Apes star allegedly crashed into three cars, attacked a police officer and then escaped custody while she was being booked back in May (11).

She was recaptured and charged with DUI, hit-and-run driving, battery on a cop and resisting arrest.

But Warren has avoided possible jail time after striking a deal with prosecutors.

According to TMZ.com, she has agreed to plead guilty to DUI and the remaining three charges against her have been dropped.

Warren has also been sentenced to 60 months of summary probation and ordered to pay over $1,900 in costs and penalties.

And the actress is glad to put the case to rest.

She tells the website, "I take my actions and their consequences very seriously. I can't express enough how grateful I am that no one was injured or hurt. Moving forward I am focusing all my efforts on my career, my family and being a good influence to others."