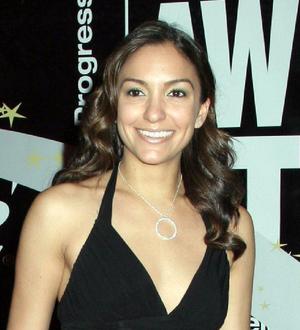 The Poker After Dark anchor was enjoying a workout at a gym in Los Angeles when thieves targeted her vehicle, which was parked outside the building.

They smashed the car's right rear window and stole her Michael Kors handbag, according to TMZ.com. Police are investigating the theft.