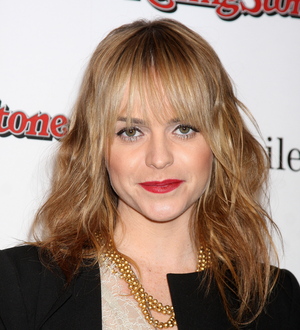 Jennifer Lopez has reportedly agreed to a new deal to return as a judge on the TV talent show, but there's another singer/actress waiting in the wings for a big role on the show.

Taryn Manning, who also played Britney Spears' pal in Crossroads, believes she has got what it takes to be the perfect judge on Idol.

She explains, "I think I'd be great at it because of my experience in my music career. Jennifer Lopez should either move over or let me join!

"All my experience from being a ballerina when I was a young girl to becoming a jazz dancer and then my acting career and my music career, I would be a good judge because I've done it all at this point. I'm kind of working on that and definitely putting it out there because I think I'd be a good fit."

And Taryn Manning tells BlogTalkRadio.com she already has show regular Randy Jackson's support, because he's a big fan of her music.