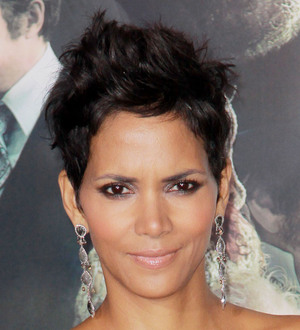 Halle Berry was forced to evacuate her home in Hollywood recently when a gardener uncovered a colony of black widow spiders under a lawn chair in her pool area.

The Oscar-winning Monster's Ball star admits she freaked out when she realized the poisonous spiders were living beneath a chair she used every other day - and fled the house until they had been destroyed.

She says, "(There were) hundreds under this lawn chair that we would all sit on around the pool every other day.

"We found out there was a whole village, a colony of black widows... One of the gardeners decided he should clean it and when he looked under it it was like, 'Argh!'

"I just left... I said, 'I'm gonna leave and you're gonna have to handle that because I can't stand spiders...' I don't even like Daddy Long Legs (crane flies)."

During a recent appearance on comedienne Ellen DeGeneres' U.S. talk show, Berry faced her fear of bugs up close, when she was spooked by a man dressed up as a cockroach.

She yelped and swore when the costumed guy crept up on her while she was chatting to prankster DeGeneres.