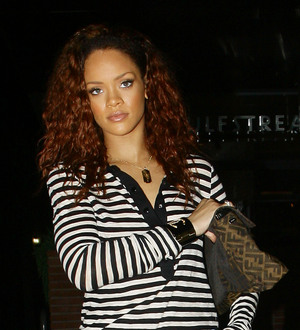 Rihanna was left baffled when she first met Battleship director Peter Berg - because he assumed she already knew he'd cast her as the star of the new action film.

The singing superstar was expecting just a meeting with the filmmaker, but he bombarded her with special effects and designs of aliens.

"I walked in and all I saw were these little alien mock-ups, these little dolls. And Peter just started saying, 'Yeah, these are the thugs, he's a thug...' I laughed and then I realised that he wasn't laughing, and I was like, 'This is weird. Why are there pictures of aliens all over this room?'

"It was just crazy because he was just really super enthusiastic about it, and he was so sure that I could pull it off and I didn't even know that he was the director of the film, I didn't know anything. I didn't know what I was doing."