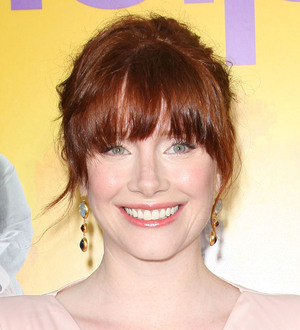 The Spider-Man 3 star is expecting her second baby with husband Seth Gabel later this year (11), a sibling for four-year-old Theo.

Howard suffered baby blues following her first son's birth and sought professional advice to help her through her feelings - and the actress admits she'll be on the look-out for signs of depression after she gives birth again.

She tells CNN's Piers Morgan, "I absolutely do (worry). My hope is that at least I'll have that much more awareness that I need to get help. I mean, I waited so long to get help with my depression. And that was unnecessary. It totally was.

"Just kind of knowing that if it does happen, it is chemical. And there is treatment, and then it will be over, you know? It might be really tough afterwards. And I might go through that again. But just to know that I can handle is just very comforting for me."