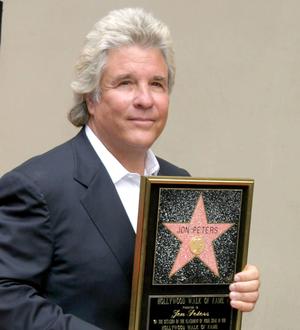 Hollywood film producer Jon Peters allegedly crawled into his former assistant's bed uninvited because he was "lonely", a court has heard.

Shelly Morita filed a sexual harassment lawsuit against her former boss, claiming he entered her Australian hotel room in the middle of the night while they were working on hit 2006 movie Superman Returns.

She appeared in Los Angeles Superior Court on Friday (12Aug11) and claimed she awoke to find Peters in her bed. She told the court, "He said, 'I can't sleep ... I'm lonely, let me just stay here with you."

Morita says she told Peters to leave, and that he eventually did - but she claims to have felt intimidated by him later on the trip when he allegedly urged her to share a joint of marijuana with him, according to Reuters.

She adds, "He leaned over and pushed his face against my mouth and blew smoke. I pushed him off. He laughed and thought it was funny."

Peters denies the allegations and his lawyers contend the claims were concocted with help from an attorney representing plaintiffs in other cases against the moviemaker.

Morita quit her job after the alleged incidents and is seeking $1 million for emotional distress and $500,000 in lost wages.