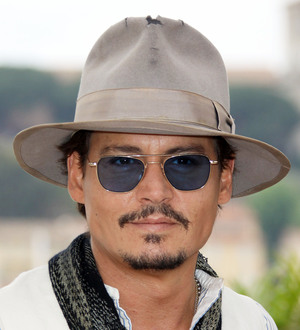 Johnny Depp's highly-anticipated movie adaptation of TV western series The Lone Ranger has been axed, according to reports.

The Pirates of the Caribbean hunk has been slated to play Tonto opposite Armie Hammer's Lone Ranger in the Disney movie, which was scheduled for a 2012 release.

But Disney chiefs have pulled their involvement in the film following alleged disagreements with director Gore Verbinski and producer Jerry Bruckheimer about the western's budget, according to The Hollywood Reporter.

A source tells the website, "Gore doesn't want to budge for what he thinks a movie like this needs (and) the fact that it's a Western is a definite concern."