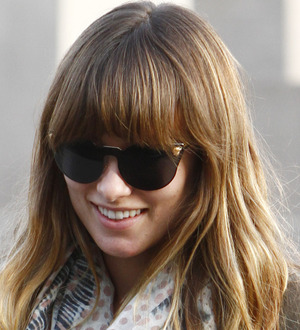 Olivia Wilde paid her respects to the victims of the Holocaust at a memorial site in Germany on Sunday (07Aug11).

The actress is busy promoting her latest movie Cowboys + Aliens in Europe, but she took time out from her busy schedule to explore Berlin over the weekend.

Wilde was spotted on a sightseeing tour of Germany's capital city, and stopped at The Memorial to the Murdered Jews of Europe on Sunday.

In a post on her Twitter.com page, she writes, "Berlin is pretty fantastic."