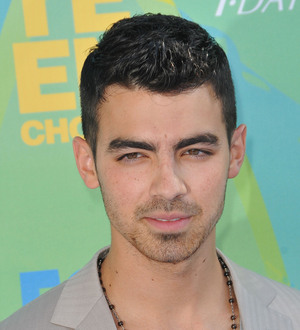 Joe Jonas and his siblings used to dread early morning mall soundchecks when they were starting out as the Jonas Brothers - because pensioners and fitness freaks who frequented the shopping centers at 6am hated their music.

The pop star hated the mall tours because they'd have to rehearse hours before the shops were open for business.

He says, "At 5am, elderly people would walk around the mall, pace, fast walk and they were not cool with us soundchecking."

Joe Jonas emphasised just how bad it was during an appearance on chat show Lopez Tonight on Monday (08Aug11) when he showed home video footage of a five-year-old mall warm-up.

The camera caught a couple of disgruntled "mall walkers", one of which plugged her fingers in her ears to drown out the din.