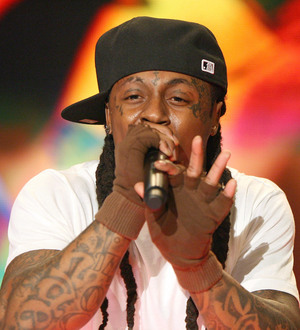 Hip-hop star Lil Wayne is facing a lawsuit from another rapper over allegations he stole the beat to his track How to Love.

Rich Rick filed legal papers in Los Angeles County Superior Court earlier this week (beg15Aug11) claiming he bought several master recordings from a group of rap producers called Drummer Boyz between 2006 and 2009 - including the beat he alleges is used in Lil Wayne's song.

In the lawsuit, Rich Rick claims Drummer Boyz pitched the same beat to both himself and Lil Wayne in November (10) - and it eventually went to the Lollipop hitmaker in exchange for a 35 per cent royalty agreement.

Now Rich Rick is suing both Lil Wayne and the Drummer Boyz for breach of contract and fraud, among other allegations, reports TMZ.com.

According to the website, he is seeking all sums the Drummer Boyz are entitled to from the track, plus 10 per cent interest.