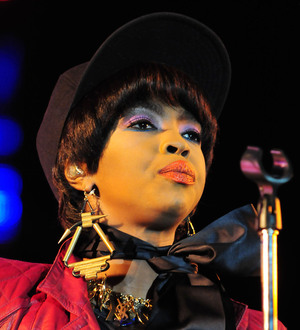 Lauryn Hill's former guitarist has filed a lawsuit against the singer alleging she has failed to pay him for work on a 2007 tour of Europe.

The guitarist claims for former Fugees star "exhibited the type of behavior for which she had gained public notoriety which contributed to a hostile work environment."

He adds, "After shows, Hill would demand that the musicians and road support personnel attend meetings where she would engage in a person-by-person critique and berating.

"At one point, Hill made a statement in front of the tour personnel to the effect that 'I can't believe I am paying you fools, you should be paying me.'"