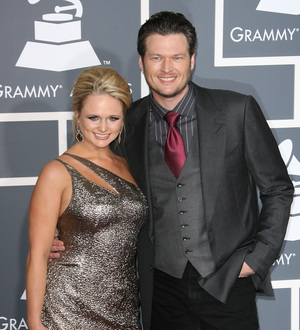 Blake Shelton surprised new bride Miranda Lambert with a honeymoon in the sun after tricking her into thinking they'd spend a rare week off on a road trip through his native Oklahoma.

The couple wed in Texas in May (11) before touring commitments took over summer plans to spend quality time together, and Blake Shelton planned something extra special to make sure he and his wife got away.

But he duped her into thinking it would be a boring break.

He tells Parade magazine, "We had a week and we spent three days of that at home. Then I surprised her - I told her I wanted to take her on an Oklahoma road trip.

"When you're Miranda Lambert and you're 27 years old, that sounds miserably boring. She was like, 'Well, that'll be OK, I guess. Just don't point out everything; let's just have fun.'

"What she didn't know was I was going to drive us to a plane so we could fly to Cancun. We stayed in Reba (McEntire)'s house for about three days down there. It was so much fun."