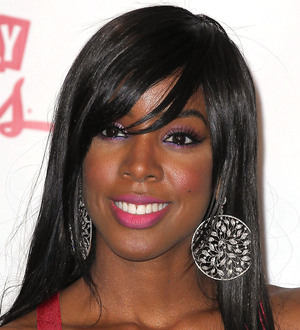 Kelly Rowland suffered an embarrassing wardrobe malfunction at a gig in New Jersey on Sunday (07Aug11) after accidentally flashing her breasts at the crowd.

The former Destiny's Child star hit the stage at the 4Sixty6 nightclub in West Orange to perform a selection of solo songs, including her latest single Motivation.

Rowland proceeded to give fans an eyeful after the black bra-style top she was wearing slid up as she danced, revealing both her breasts to the audience.

The singer rushed to adjust her bustier after noticing her nip slip and later took to her Twitter.com page to apologise for the incident.

She tweeted, "New Jersey crowd was amazing!! hope you enjoyed the show and didn't mind the peekaboo LOL (laugh out loud)!!!... Stuff happens."