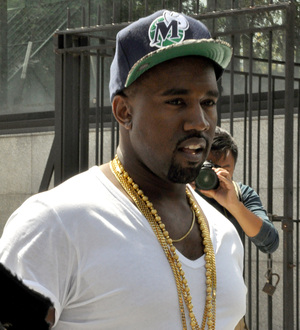 Kanye West was a surprise addition to a Prince concert in Sweden on Friday night (12Aug11).

The hip-hop superstar joined the Purple Rain hitmaker onstage during the Way Out Festival performance as the pop star was working through a medley of hits.

Kanye West didn't perform with Prince, but he did take the mic to yell, "Now everybody throw your hands in the sky right now. Let me hear you say, if you feel alright, say hell yeah!"

The surprise appearance came just three days after Kanye West suffered an embarrassing fall following a tumble onstage during a concert at the Bergen Calling Festival in Norway.