Julia Roberts signs up for doctor role in TV drama 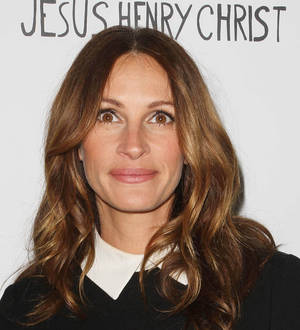 Julia Roberts is heading to the small screen for Ryan Murphy's TV adaptation of award-winning stage play The Normal Heart.

The Pretty Woman star will play wheelchair-bound physician Dr. Emma Brookner, who treats HIV-positive patients in the early days of the AIDS epidemic in the early 1980s.

The play won critical acclaim when it debuted in New York in 1985, and Ellen Barkin landed the Best Actress Tony Award for her portrayal of the character following its 2011 Broadway revival.

Mark Ruffalo will co-star in the TV film, which is set to air on HBO network in 2014.

Roberts previously teamed up with Murphy for her 2010 movie, Eat Pray Love.