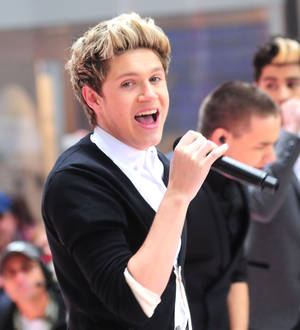 Singer Niall Horan has denied he's followed in the footsteps of his One Direction bandmates and got a tattoo.

The Irish star is the only member of the boyband who has not indulged in body art, with Harry Styles, Zayn Malik, Louis Tomlinson and Liam Payne boasting several inkings.

Rumors recently circled that the star had initiated himself into the tattoo-loving clan with a cheeky design on his butt, but Horan insists the reports are false.

On his Twitter.com page, he writes, "Gettin (sic) a lot tweets about tattoos! I didn't get a tattoo! Not plannin (sic) on gettin one for a while either haha."

The star revealed last year (12) he came close to getting 'Made in Ireland' tattooed on his butt, but the artist in Los Angeles refused to do it.