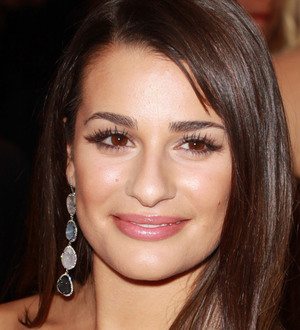 The hit musical series has attracted a slew of superstar guests, including Gwyneth Paltrow and Britney Spears.

And Michele, who plays talented high school student Rachel Berry, hopes Roberts will be the next famous face to sign up - although she fears she would end up "dumbstruck" if they ever shared a scene.

Michele says, "We may not be able to work together because I would get so dumbstruck. There are a few people that I would get like that with. Even now I am getting tongue-tied just thinking about it. I would be a wreck if she were actually standing in front of me.

"It is just too much to think about. It is weird for me when I find myself talking to people that I have watched on the television or in movies all my life. I do get a little starstruck."