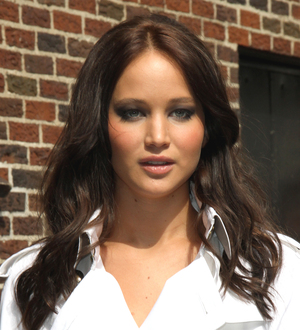 Oscar nominee Jennifer Lawrence is heading for the pop charts after recording a new tune for The Hunger Games soundtrack.

The actress, who plays literary heroine Katniss Everdeen in the movie adaptation of Suzanne Collins' bestseller, has teamed up with award-winning producer T Bone Burnett to record Rue’s Lullaby, a song her character sings in the film.

And Burnett, who recently produced actor Jeff Bridges' debut album, admits he was charmed by the pretty actress: "It was beautiful and she did great. She’s singing great. Killer actor too."