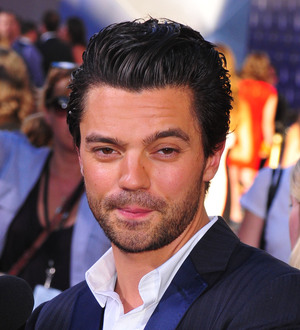 Dominic Cooper is proud of himself for tackling the role of Saddam Hussein's sadistic son in new drama The Devil's Double - because several actors turned down the controversial part.

The Mamma Mia! star takes on twice the work in the film, starring as Latif Yahia, an Iraqi man who was forced to work as a body double for Hussein's eldest son Uday, also portrayed by Dominic Cooper.

The Brit felt compelled to tackle the "incredible" script - and reveals several stars and moviemakers had refused to take on the project.

He tells FOX411's Pop Tarts column, "The story itself is incredible, I think a lot of actors and directors were tentatively scared of it when the script was first developed a few years ago, I know a lot of people decided not to take it on but I didn't fear that... I tried not to think about that too much, even now.

"It was real, this really happened to a man (Yahia) and he was emotionally and physically scarred from that."