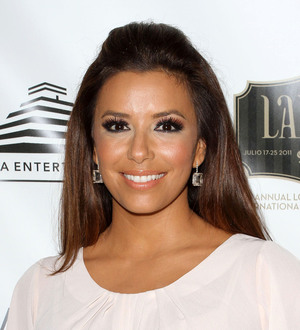 Actress Eva Longoria has confirmed the upcoming season of Desperate Housewives will be the last.

Reports about the demise of the show started circulating online on Friday (05Aug11) and TV bosses made it official at a Television Critics Association meeting in Beverly Hills on Sunday (07Aug11).

And Eva Longoria was the first to announce the confirmation in a tweet to fans.

She wrote, "It's confirmed! We are filming our last season of Desperate Housewives!

"I am so grateful for what the show has given me! We always knew we wanted to end on top and I thank ABC (TV network) for giving us our victory lap! And a special thanks to (show creator) Marc Cherry who forever changed my life!"

ABC Entertainment Group president Paul Lee insists the decision to end the drama wasn't an easy one: "We wanted to plan it out and we wanted to give it that hero farewell that a show as iconic as this really deserves."

And Marc Cherry insists he's happy with the decision to go out on top, while the show is still profitable for the network.

He says, "The only thing harder than creating a hit show is knowing when to end it."