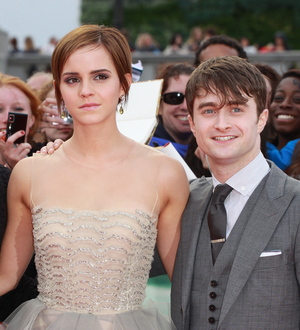 The final installment of the Harry Potter series has become the highest grossing movie of all time - for a film not directed by James Cameron.

The eighth film in the wizard franchise was released last month (Jul11), and Potter fans have flocked to see the magical schoolboy on the big screen for the last time.

Harry Potter and the Deathly Hallows: Part 2 has grossed over $1.3 billion worldwide since its release, making director David Yates' project the third biggest box office success story ever - after Cameron's Avatar and Titanic.

Hit 3D extravaganza Avatar made $2.7 billion for Cameron in 2009, while his romantic tale of the doomed ocean liner garnered $1.8 billion back in 1997.