Bono boxes up his glasses for fans 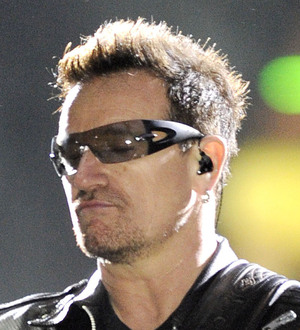 U2 star Bono is offering superfans the chance to own a pair of his trademark sunglasses by popping replicas in a new Achtung Baby box set, released to celebrate the 20th anniversary of the album.

The Uber Deluxe Edition of the re-release will come with a pair of sunglasses modeled on Bono's famed eyewear, as well as a mammoth collection of U2 goodies including six CDs, four DVDs and an 84-page hardback book.

Also included in the numbered release package are five seven-inch singles, 16 prints from the album art, a fan-club magazine, badges and stickers.