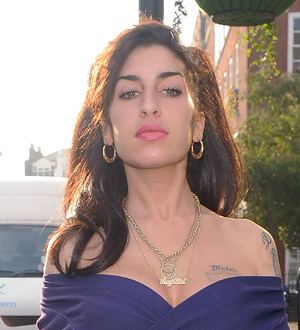 Late singer Amy Winehouse has been hailed a hero for saving a Caribbean man's life by paying for him to undergo hernia surgery.

The Back to Black hitmaker, who was found dead at her London home on 23 July (11), spent eight months in St. Lucia in 2009 in a bid to conquer her drink and drug addictions.

Amy Winehouse befriended Julian Jean-Baptiste during her visit, and after learning he needed an urgent operation, the singer handed over $6,400 to pay for the procedure.

Julian Jean-Baptiste tells Britain's Daily Mirror, "She saved my life. The hernia was killing me. It was the most terrible pain in my groin and it would go from the tip of my toes right up to my chest.

"I knew I had something seriously wrong with me, but I couldn't make enough money to see a doctor. Amy walked up to me one day on the beach. She could tell something was wrong and she asked me how I was. I told her I had been feeling a lot of pain down there. The next thing I knew her bodyguard gave me money to go and see a doctor.

"I had the surgery on July 1, 2009... it cost a fortune and Amy paid for the whole thing. I tried to thank her after but she just hugged me and said not to say anything. Her generosity gave me my life back."

Julian Jean-Baptiste was subsequently devastated to learn about Amy Winehouse's passing, adding, "When I heard she'd died, I cried for hours. It is so sad."