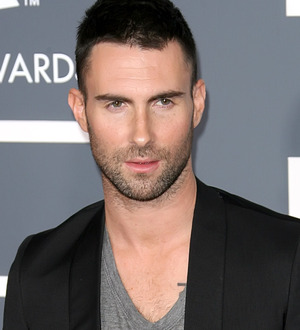 Adam Levine has criticised bosses behind TV talent show American Idol over their treatment of the series' gay competitors, accusing them of hiding "basic components" of contestants' lives.

Former Idol runner-up Adam Lambert claimed executives behind the hit series advised him to keep his sexuality secret until after the competition ended, and The Voice judge Levine - who has a gay brother - is furious about the allegations.

He tells Hollyscoop.com, "What's always p**sed me off about Idol is wanting to mask that, for that to go unspoken. C'mon. You can't be publicly gay? At this point? On a singing competition? Give me a break. You can't hide basic components of these people's lives. The fact that The Voice didn't have any qualms about being completely (open) about it is a great thing."

The Maroon 5 rocker has also offered his own advice to families struggling to come to terms with a relative's sexuality, insisting it's a "losing battle" to try to change them.

He adds, "I can single-handedly dispel any ideas that sexuality is acquired. Trust me, you're born with it. My brother is gay, and we knew when he was two. We all knew.

"A lot of people don't want their kid to be gay and will fight it at all costs. But I've got news for you - it's a losing... battle. The more you fight it, the more (messed) up your kid's gonna be. You've just got to embrace it from the beginning. That's the only way to deal with it as a family."