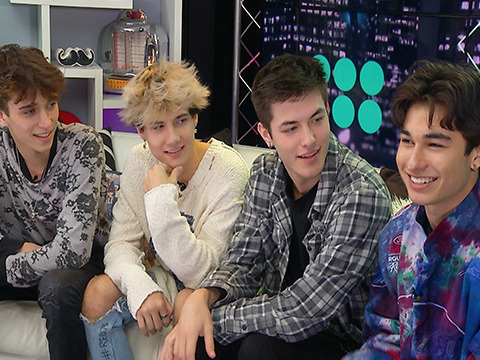 What's more powerful than one TikTok star? How about half a dozen of them?! Sway LA is a collective of some of the hottest male TikTokkers, and their combined viral video strengths makes for an unstoppable force of virtual creativity! Four members of the group, Jaden Hossler, Josh Richards, Griffin Johnson, and Kio Cyr, stopped by the Young Hollywood Studio earlier this year to give us all the tea on moving in together into Sway House and recall when and why they fatefully first downloaded the TikTok app! They also breakdown some of their most popular videos (including that Marshmello one) and pick out their "signature moves", plus they put each other on blast with a game of Who's Most Likely To -- find out who's the biggest flirt, who takes the most selfies, and more!