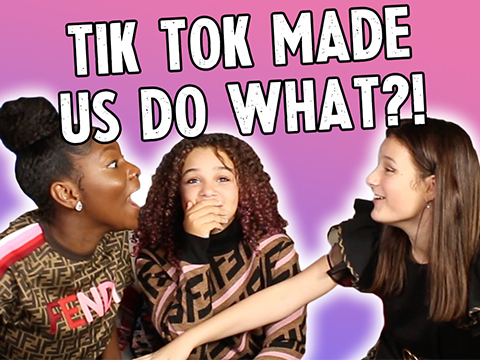 When we caught up with social star girl group Run The World earlier in the summer over Zoom, we challenged them to a game of "Who's Most Likely To" to find out more about them and their social media habits! Now, hot off the heels of the release of their self-titled debut album and just in time for Christmas, members Hayley LeBlanc, Kheris Rogers, and Corinne Joy pop by the Young Hollywood Studio for a Holiday Edition of "Who's Most Likely To"! Find out which one of them typically receives the most gifts, both in general and from their fans, who is most likely to give the most gifts, and who is most likely to get coal in their stocking!