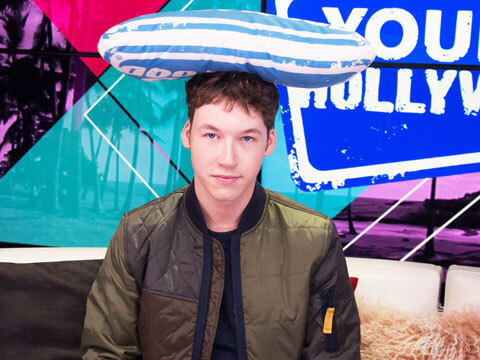 When we last left Tyler Down at the end of Season 2 of Netflix's "13 Reasons Why", he was not in a very good place, to say the least. With Season 3, though, there is the hope of better days ahead, and Young Hollywood invites the actor behind the troubled character, Devin Druid, to our Studio for what we hope is a more lighthearted conversation! He talks about what playing the character and being a part of the controversial has meant to him personally and how he, as an actor, copes with the traumatic events that Tyler has experienced. He also tells us what surprised and excited him most about Season 3, plus he talks about the extensive research he did for the character (which included reading the book by Jay Asher that the show is based on) and reveals which character he originally auditioned for!