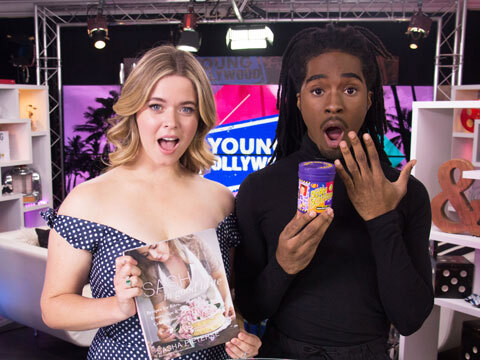 We love catching up with the fierce Sasha Pieterse, and we've been following her closely since her "Pretty Little Liar" days, but the truth is, her Hollywood resume extends even further before that! With so much great work already under her belt, we wondered how well "The Perfectionists" star has retained her past projects in her memory, so we invite her to the Young Hollywood Studio for a special edition of "It Me Trivia"! This time around, wrong answers will result in having to play an impromptu game of Beanboozled, which means this could either go very well or very wrong! We quiz her on her stint on "Dancing with the Stars", a Halloween episode of "PLL", her sci-fi adventure film 'The Adventures of Sharkboy and Lavagirl', and even her new cookbook, 'Sasha in Good Taste'! Plus, find out what line made her "PLL" co-stars cry!