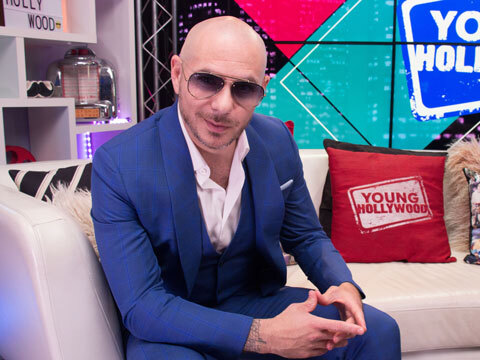 Pitbull Opens Up About UglyDolls' Inspiring Message About Imperfection

They don't call Pitbull "Mr. Worldwide" for nothing. After conquering the music world (and even Google search) over the past 2 decades, he now has his eyes set on his next conquest: animated film! The rapper is putting his signature vocals to use for his role as (who else?) Uglydog in STX's animated feature 'UglyDolls', and he stops by the Young Hollywood Studio to tell us more about it! He reveals the super powerful and positive message behind the film, including his own empowering spin on the word "ugly", and why the concept of perfection doesn't exist, plus he tells us why he intends for the soundtrack to be even bigger than 'Frozen'! From his humble beginnings to the man he is today, he wouldn't change a thing, and neither would we!