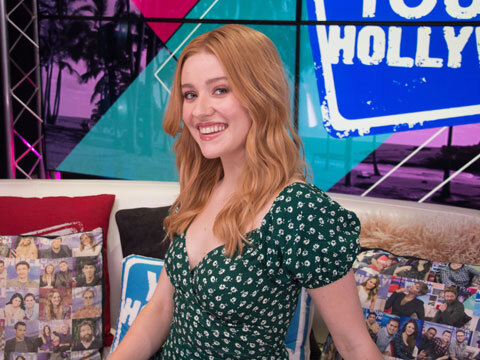 Nancy Drew is one of those classic characters that just has a way of touching generation after generation. She first appeared on bookshelves all the way back in 1930, and she's been entertaining and inspiring readers ever since, even getting her own TV show and movies in the interim. And now, she's back again with a brand new TV series thanks to The CW! Tasked with taking on this iconic role is newcomer Kennedy McMann, who stops by the Young Hollywood Studio to tell us all about this exciting new endeavor from the mastermind behind other hit shows like "The O.C." and "Gossip Girl", Josh Schwartz! She talks to us about how she herself was a fan of the Nancy Drew books growing up but that the show will not be a direct adaptation of any of them. She also dishes on her first on-screen romance with co-star Tunji Kasim, who plays Ned Nickerson, plus she tells us about meeting the star of the 1970s "Nancy Drew" TV series, Pamela Sue Martin!