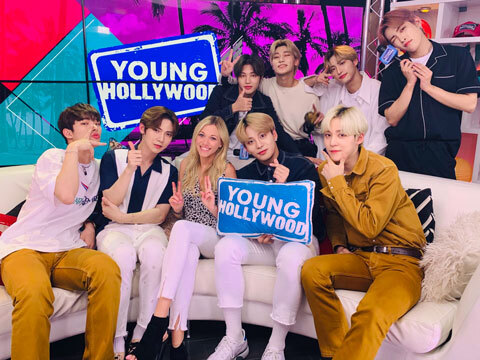 It seems like every other day lately, a new and exciting K-pop band is popping up! One of the newest groups on the scene is ATEEZ, who launched only less than a year ago but already have three EPs and a world tour under their belt! Don't get it twisted, though; just because they're rookies doesn't mean they weren't fully prepared, as they went through a long and intense training process before they were introduced to the world. And now, Hong Joong, Seong Hwa, San, Yun Ho, Yeo Sang, Min Gi, Woo Young, and Jong Ho make their way to the Young Hollywood Studio to tell us all about their experiences so far and how much fun they've been having getting acquainted with their fanbase, AKA the Atiny! They also show off some hidden talents, tell us their favorite American foods, and reveal what they "Treasure" most in the world!