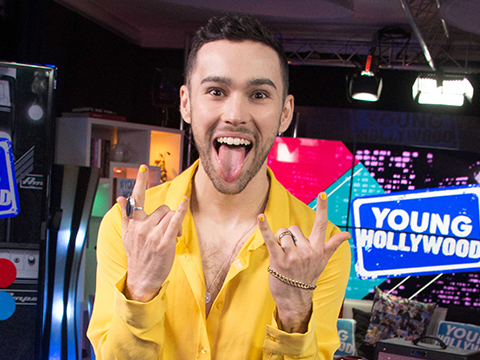 Whether he's appearing on television or film or crooning on the radio, if you're feeling some type of way about a special someone, MAX is on the case to be the soundtrack to your blossoming romance! The uber talented singer/songwriter returns to the Young Hollywood Studio to give us the low-down on his hit single "Love Me Less" (feat. Quinn XCII) and explain how it is essentially a sequel to his smash-hit "Lights Down Low" and another step in the evolution of his own real-life relationship. With a few years of marriage under his belt, Mr. & Mrs. Schneider are still learning new things about each other, and MAX's own natural openness and vulnerability have culminated in his appropriately-named 'Intimate AF Tour'! He tells us what fans can expect from these smaller gigs on this tour, plus we pick his brain on some topics regarding love and relationships, including his definitions of "in love" and "dating" and whether or not he believes in love at first sight!