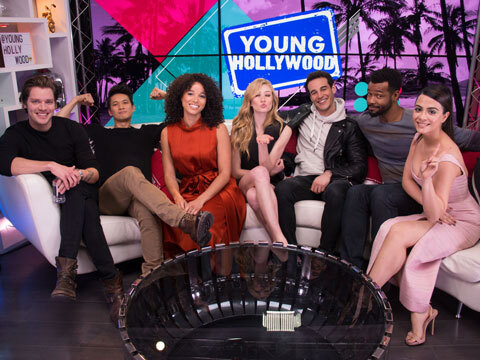 Loaded Questions with the Cast of Shadowhunters

We've had many adventures with the actors from Freeform's "Shadowhunters" over the years, and now that the show is ending after Season 3, we invite Katherine McNamara, Emeraude Toubia, Isaiah Mustafa, Alisha Wainwright, Dominic Sherwood, Alberto Rosende, and Harry Shum Jr. to the Young Hollywood Studio to see them off in style -- with a game of Loaded Questions mixed with a Beanboozled Challenge! The rules are simple: each actor is provided with a loaded question and a jellybean which could be a yummy flavor or a nasty one. The actor reads the question to themselves and answers it out loud, and they can choose to either reveal the question or take their chances with the jellybean instead! Who among the cast has the stomach for our game?!