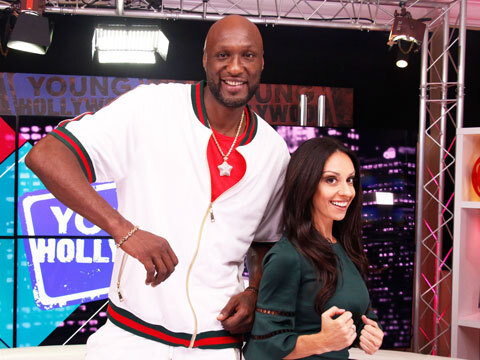 Lamar Odom's doctors call him a "walking miracle", and he continues to prove them right. The NBA star has been through a lot in the past few years, but he is determined to overcome it all, with the ultimate goal of hitting the basketball courts again some day. One of the stops his road to recovery includes a stint on Season 28 of ABC's "Dancing With The Stars", where his physical capabilities will be put to the toughest test yet! Lamar pays a visit to the Young Hollywood Studio to share with us how he's been able to get through his struggles and how the support of teammates like Kobe Bryant has been invaluable. He also talks a bit about his memoir, Darkness to Light', plus we find out what dancing skills he already possesses ahead of his battle for the Mirror Ball Trophy by having him demonstrate some of the biggest dance crazes from the last century, from the Charleston and the Twist to the Moonwalk and the Macarena!