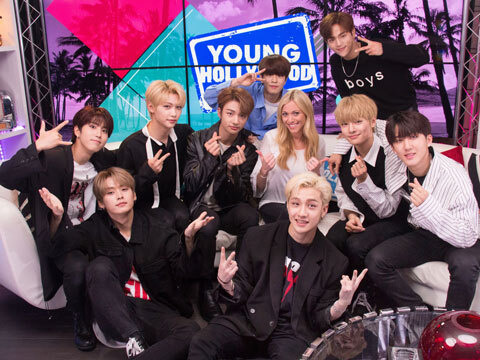 K-pop has officially taken the world by storm, and it's no different here in America, where the Korean pop group Stray Kids has just wrapped their first ever solo U.S. tour! The 9-member boy band, including Woojin, Bang Chan, Lee Know, Changbin, Hyunjin, Han, Felix, Seungmin, and I.N, stop by the Young Hollywood to tell us all about the reaction of their devoted fanbase (AKA the STAYS) and what it was like to interact with their American fans! These fellas are a standout in the genre not just for their eclectic sound but because they also write their own lyrics and produce their own tracks, and they credit their inspiration to the fans that have been so generously supporting them. They also chat with us about their favorite music videos and reveal their nicknames for each other!