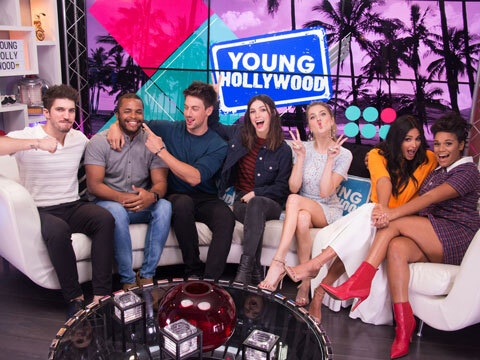 If you've ever been curious about the goings-on at swanky beachfront boutique hotels, then ABC's "Grand Hotel" has got you covered! We welcome to the Young Hollywood Studio the cast of this Eva Longoria-executive produced series to give us all the behind-the-scenes dish, which includes almost as much drama off-camera as in front of it! Denyse Tontz, Bryan Craig, Anne Winters, Chris Warren, Feliz Ramirez, Lincoln Younes, and Justina Adorno join us on the white couch to relay their experiences filming on location in Miami Beach and all the shenanigans that ensued when they were filming during Spring Break! They also describe Eva's hands-on involvement with the show, not just as an EP but also a director and actor! And since the show revolves heavily around the tumultuous love lives of its characters, we pick the actors' brains about some common dating dilemmas, such as ghosting and developing feelings for a friend.