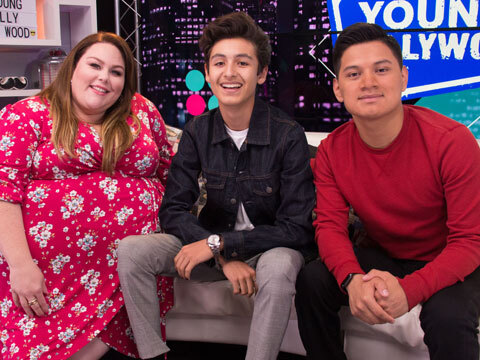 Coming back from the dead is something usually reserved for zombie movies and "Game of Thrones", but for John Smith, it is his real life! His harrowing ordeal has become the subject of the movie 'Breakthrough', and John joins us in the Young Hollywood Studio to discuss the project along with Golden Globe-nominated actress Chrissy Metz, who plays his mother, and "One Day at a Time" star Marcel Ruiz, who plays John himself. John shares his thoughts on the accuracy of the tearjerker and how well he thought both he and his mother were portrayed. Chrissy and John discuss the responsibility on their shoulders to do John's story justice and how they got through all those emotional scenes. Plus, the threesome dished on some pleasantly surprising behind-the-scenes revelations, including Steph Curry being an executive producer on the film and how Chrissy Metz's performance of the movie's main theme, "I'm Standing With You", came to be!