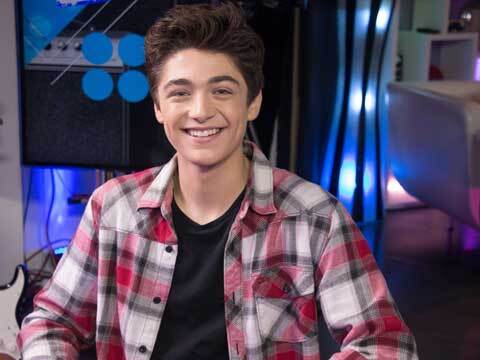 When Young Hollywood recently sat down with Asher Angel aboard our YH Tour Bus, we talked a bit about his single, "One Thought Away" featuring Wiz Khalifa, and he revealed that he would be shooting the music video for the song the very next day! Well, that day has come, and now that the video is in the can and released to the world, we invited Asher back to our Studio to break it all down for us! We present him with a pile of questions asked by his fans via Twitter, all of which are related to his music video and the filming of it. Find out the meaning behind the airplanes, Asher's favorite moments, how long it took to shoot, how much input Asher had regarding the concept, and more! Plus, he reveals why he chose to sing live during filming!